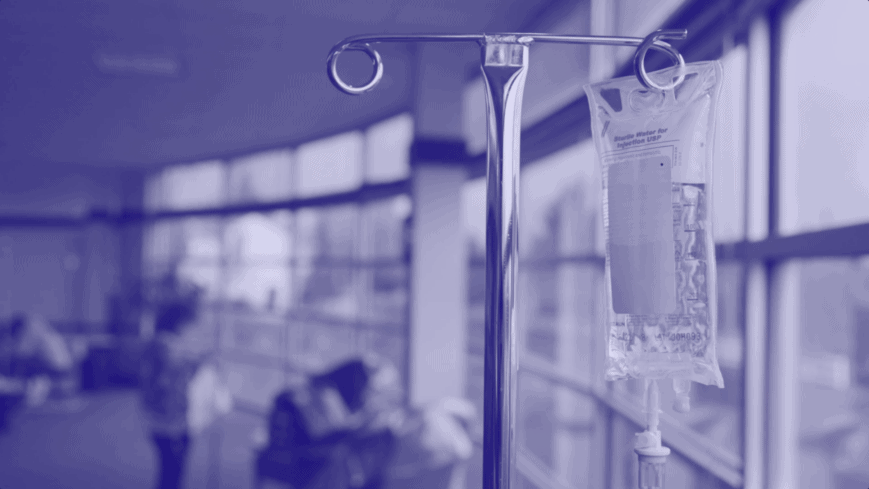 An easy and efficient means of getting nutritional vitamins, amino acids, minerals, and other nutrients into the body quickly
Nutritional IV Therapy
Benefits of Nutritional Treatments

Nutritional deficiencies can result in a wide range of issues including fatigue, weakness, trouble breathing, memory loss, lightheadedness, depression and more. Additionally, these deficiencies can increase the time it takes the body to heal and make you more susceptible to becoming ill. This is why replacing nutritional deficiencies with oral supplementation and/or IVs can help mitigate many of the most common health issues people experience.

Not all Dietary Supplements are Created Equal

Rules for manufacturing and distributing dietary supplements are less strict than those for prescription or over-the-counter drugs. Without the strict oversight of federal agencies, some manufacturers of supplements have been less than honest with the source, quality and even the actual contents of their supplements.

For these reasons, it’s very important that you do your research before beginning any dietary supplement routine. Born Clinic follows a strict set of guidelines when we source and manufacture supplements for our patients. The supplements you choose, hopefully with the guidance of your doctor, should undergo the same scrutiny. The best thing you can do is make sure the manufacturer of the product has voluntarily submitted it for approval by 3rd party private organizations, preferably the United States Pharmacopeia or NSF International.

Even verified ‘safe’ supplements have some health risks to consider. The biggest mistakes people make are taking certain supplements in excess or failing to consider potential interactions between supplements and medications. For these reasons and more Born Clinic requires all patients to undergo an exam that carefully considers their unique biochemistry before beginning any nutritional therapy whether administered orally or by IV.

Generally speaking, oral supplements are recommended as a safe daily substitute for nutritional deficiencies or as a therapy for certain health conditions. While oral supplements are certainly beneficial, they are not always enough. Many people have underlying health issues that prevent orally taken supplements from properly absorbing into the bloodstream. Factors like, alcohol use, smoking, conditions like diabetes or Crohn’s disease and even stress can have negative effects on your body’s ability to absorb the nutrients it needs. These are all instances where a person would receive superior benefits from the bioavailability of IV nutrient therapy.

IV nutrient therapy bypasses the liver’s first-pass metabolism, and as a result, the utilization of IV nutrients is more efficient than oral supplementation. Additionally, the effects of nutritional IVs are immediately noticeable and longer lasting (days or weeks).

Many patients report more rapid recovery from surgical procedures if they receive IV nutrients. Some patients use IV nutrient therapies to prevent and treat illnesses. IV therapies can be beneficial for travelers, those that need to boost immune functions after illness, and for a litany of other purposes. The range of IV therapies available is vast and treatment plans should be individualized by medical experts to meet the unique needs of each patient.

Born Clinic experts have carefully curated a collection of safe and efficient IV therapies that were formulated for maximum efficacy and bioavailability. These therapies include:

Used for patients that have accumulated heavy metals in their system. Improves the flow of blood throughout the arteries. Disodium EDTA is generally used for diabetics and patients with heart disease, and as a general detoxification IV for people over the age of 50 with a build-up of toxins resulting in the thickening of arterial walls.Learn More

Contains micronutrients including vitamins, minerals, and essential amino acids. Felice IV’s are generally used to treat patients experiencing fatigue, poor absorption, or are in a state of weakness due to chemotherapy. This therapy is also used as a pre and post operation micronutrient application.

While Vitamin C is generally considered an antioxidant, when it is administered via IV in doses exceeding ~10,000mg it becomes an oxidant. This oxidation is useful for killing bacteria, viruses, and theoretically cancer cells. Many credible studies have reported improved outcomes when Vitamin C is used as a chemotherapeutic agent alone, or in conjunction with other treatments.

This is a specific IV developed by Dr. Jonathan Wright and Dr. Alan Gaby with particular nutrients that are important for eye health.

UV Therapy uses Ultraviolet light in a particular frequency that has been known to be antiviral. Patients using this therapy have seen dramatic drops in viral counts in as few as two treatments.Learn More

Originally developed by Dr. Jonathan Wright and Dr. Alan Gaby, the Gaby-Wright IV is a specific combination of micronutrients that is designed to repair nutrient deficiencies. The rapid administration of the nutrients in this manner result in cell receptors suddenly opening up and accepting nutrients more rapidly than through conventional methods.

Given as an IV push because it is more easily tolerated on the cell membrane than Disodium EDTA. The benefit of Calcium EDTA is that it has a high affinity for heavy metals, and is generally easily tolerated. Patients have a large release of heavy metals from their system in a relatively short period of time. This therapy is generally used for younger patients who don’t have diseases of the arteries.Learn More

The premier antioxidant used in our body for detoxification of heavy metals, pesticides and other metabolized toxins. It is most heavily concentrated in the liver and in the brain. Glutathione can bind toxins and escort them out of the body. It is often used for people with weak or diseased livers, and patients with brain health related maladies like Parkinson’s Disease. Some patients with Parkinson’s Disease have reported immediate improvement of their symptoms after a single administration of glutathione.

WHAT OUR PATIENTS HAVE TO SAY